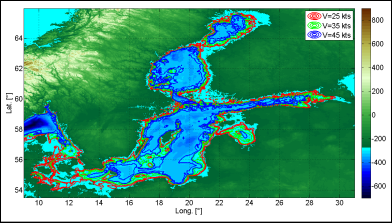 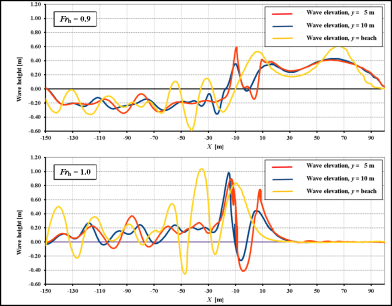 Shallow water has a significant influence on the handling of ships. The most obvious effect is the changing shape of waves in shallow water. Due to the different wave propagation and wave group velocities of deep and shallow water at the same wave length, the interaction between the different wave systems of a ship changes. This is manifested, among other things, through strong changes in KELVIN angle.

To illustrate the shallow water effects the Froude depth number is generally used; wherein the driving regimes are subvided in a subcritical (Frh < 0.9), critical (0.9 < Frh < 1.1) and a supercritical (Frh > 1.1) ranges. Normally, ships operate in the subcritical range. For critical Froude depth numbers, a strong increase in resistance and a large change in the dynamic flotation position can be expected depending on the ship type since, in this region, the transverse waves move at the speed of the vessel. As a special case, soliton waves can occur in this area. In the case of supercritical Froude depth number, the ship is faster than the maximum wave speed and the transverse waves disappear in the secondary wave system.

Numerical methods have extensive applications in the calculations of shallow water effects.

The SVA uses ANSYS CFD for this.

Fast moving ships are more affected by shallow water effects than slow moving ships. The areas of the Baltic Sea are represented in the image below for three different speeds where the vessel would be running in a critical Froude depth number (0.9 <Frh<1.1) speed range. Near the coast the boat is moving in supercritical range, further out on the Baltic Sea in the subcritical Froude depth number speed range. 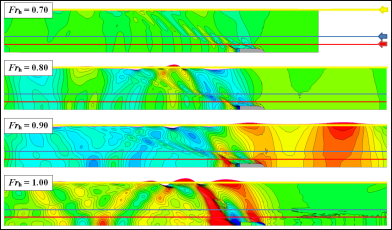 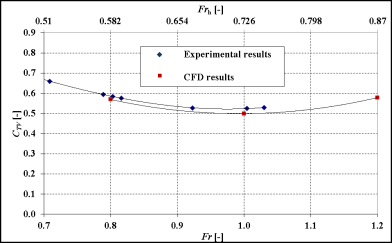 Based on a series of tests in the context of an R & D project with a combination of propellers of the Wageningen B-series and OST nozzles, polynomial coefficients were developed for ducted propeller systems with OST nozzles [10]. At lower thrust loads, the OST nozzle profile increases the mass flow through the propeller disc and causes a jet expansion at the nozzle outlet. The characteristics of ducted propellers with OST nozzles can be calculated with polynomial coefficients and used for propulsions prediction.

In the field of CFD calculation, research projects were conducted in close cooperation with ANSYS Germany GmbH for ducted propeller calculation. Based on the developed methods, systematic numerical calculations of ducted propellers were implemented in the R & D project “Correlating Z-Drives with Nozzles” to develop a method for Reynolds number correction (conversion of model test results to the full-size version).

The continued development and validation of the bollard pull and propulsion prediction for tugs with large power capacity has been the subject of R & D projects and industry projects. In the R & D projects “Increasing the Design Safety of Ducted Propeller Systems at Bollard Pull Conditions” and “Reynolds Number Effects on Bollard Pull Predictions” [5], [6] the influences of cavitation and scale on the bollard pull of tugs with ducted propellers were presented in detail. With these results, the risk of thrust break down of ducted propeller can be found in the design stage.

In the R & D project “Forecasting Reliability for the Power Requirement of Tugs with Ducted Propeller Systems”, GeoSim tests and calculations were carried out for tugs at the point of propulsion. The results of these studies have been incorporated into the propulsion forecasting methods for ships with ducted propellers.

Investigations on manoeuvring behaviour that cannot be carried out at the testing facilities of the SVA because of the limited space and high speed occur in the field. The model’s behaviour is detected via a GPS system and by a LASER-optic gyroscope. All the necessary manoeuvres can be either manually or automatically controlled. In addition, so-called source manoeuvres are carried out in order to derive the mathematical model by means of a movement identification system. 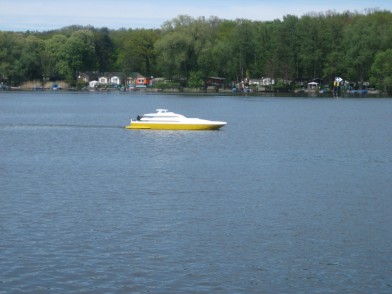 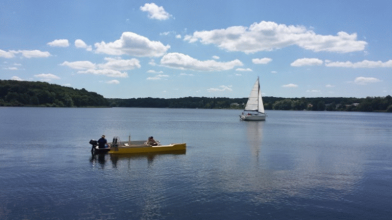 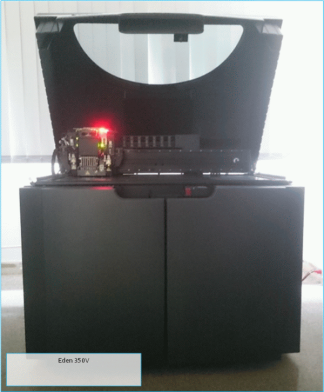 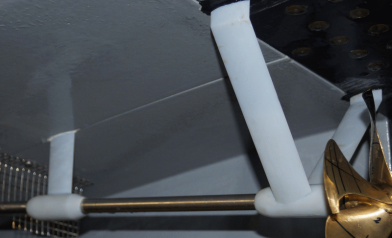 The Eden350V 3D printer is available for the manufacture of components with complex geometries and very small tolerances. It builds synthetic material up in 16 micron layers which are cured by UV light. This method enables the manufacturing of objects of any geometry with the highest precision. 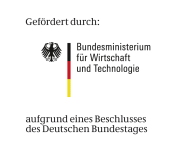 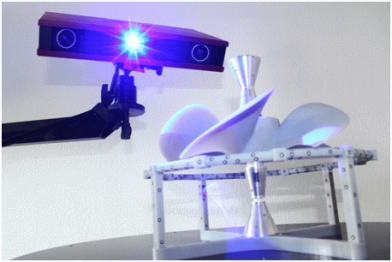 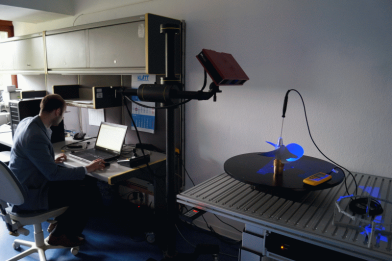 The SVA owns a 3D scanner system (ATOS Core 300) with the following parameters:

The ATOS Core 300 is used in production and quality control as follows:

Furthermore, components, test objects and geometries from existing measurement systems are recorded with the 3D scanner and provided for use in new experimental arrangements. 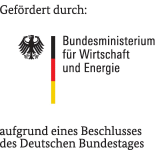 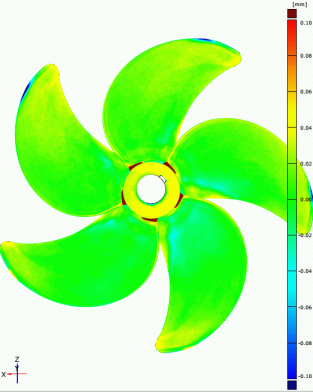 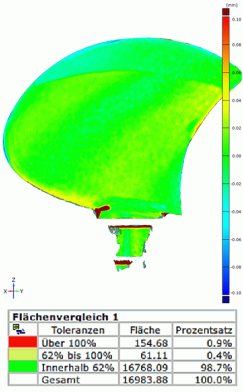