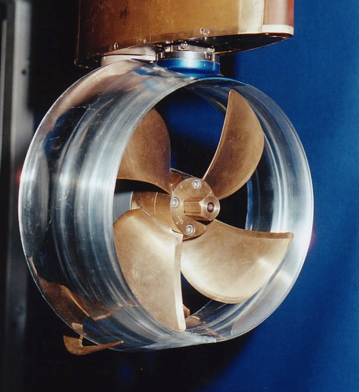 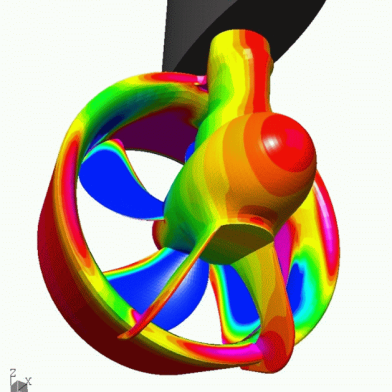 Thrusters are propulsion systems used for ships and platforms where manoeuvrability is an important criterion. Thrusters can usually swivel 360° so that the system can act in any direction. The propeller works in front of or behind the housing (pull and push) which results in strong interactions between the propeller and the housing. Experimental and numerical investigations of thrusters are conducted because of these interactions and also special operating conditions such as bollard pull, manoeuvring, off-design, which are more demanding than conventional propellers. When analysing thrusters mostly open water propulsion and cavitation tests are carried out.

Special propulsion and measuring systems have been developed for the study of thrusters. The SVA owns propulsion and measuring systems for use in the towing tank and cavitation tunnel for testing thrusters with pushing or pulling propellers, twin and also contra rotating propellers. The systems allow the measurement of thrusts and moments of the propellers and the determination of housing resistance. The system forces and torques of the thruster are measured with 3- or 6-component balances.

Tests and calculations for thrusters are carried out in particular for propeller manufacturers (determination of the characteristics of thrusters, optimisation and development), shipyards and shipping companies (Propulsion). To convert the model test results to full-scale, the SVA has developed its own method for Reynolds number correction for thrusters. Systematic CFD calculations of thrusters were carried out in the R & D project “Correlation of Z-Drives with Ducted Propellers” [2], [4].

For the study of DP capability of platforms, special propulsion and measuring systems have been developed to ensure the variability of the inclination of the gondola housing and an unlimited pivoting of the thruster. 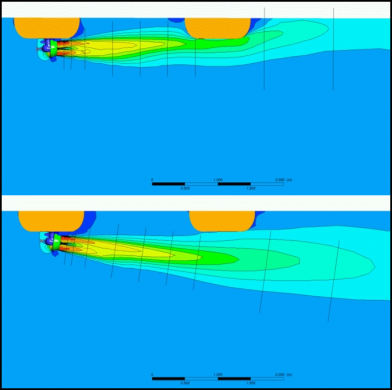 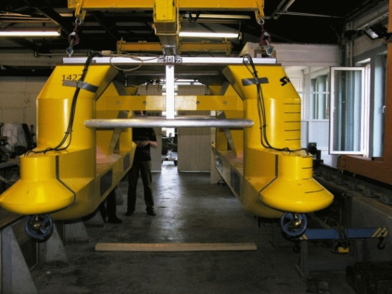 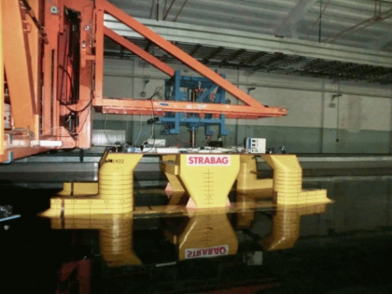