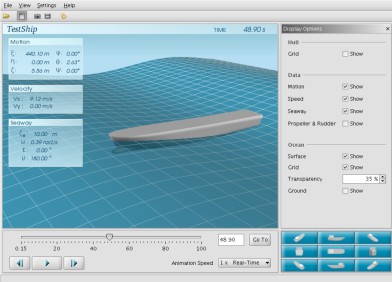 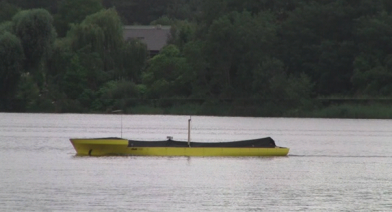 The manoeuvrability and transverse stability of a ship are crucial criteria for the safe operation of a vessel. Therefore, studying the manoeuvring behavior of ships is among the core tasks of the SVA Potsdam. The focus is both on the implementation of model tests as well as simulation calculations. Manoeuvring trials are realised either with free-running models in the towing tank (an evaluation is carried out via a system identification) or on open water. Any desired manoeuvres, such as turning circles, Z manoeuvre, Williamson-turn, and spiral curves, are investigated. In open waters, model sizes up to 8 m are tested. Submersibles are tested both in free running and at a SUBPMM plant. Manoeuvre testing is performed for conventional ship types and for special vessels such as fast ships (semi-planing and planing), double-ended ferries and submersibles. Manoeuvre simulations are based on both tests and calculations. Among other things, the SVA developed software environment, UTHLANDE, can be used to simulate the manoeuvrability of ships in a seaway. This is the given approach particularly in the design stage, if different variants are to be compared.

Depending on the task, the customer receives, as a result of the criteria for the IMO standard for Ship Manoeuvrability (IMO Resolution MSC. 137 (76)), statements about the yaw stability, the loss of speed, spiral curves, etc.

Full-scale measurements are performed with our own team and recording system (DGPS). In addition to determining the manoeuvring behaviour of full-scale and measured miles trials, the SVA Potsdam executes, performance, vibration and noise measurements, and cavitation observations. 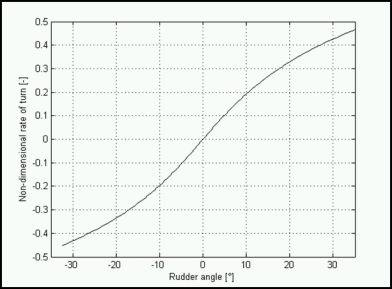 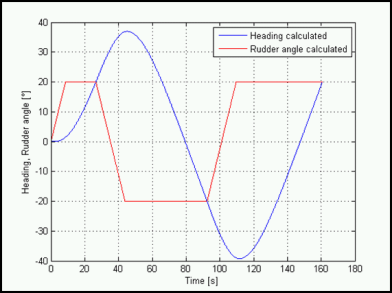 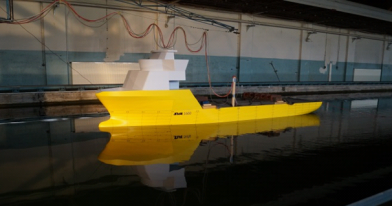