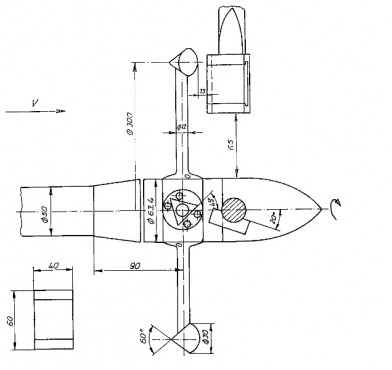 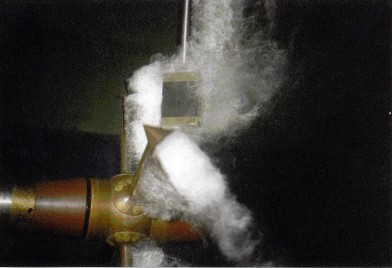 Cavitation erosion is a kind of material damage which is triggered by certain types of cavitation and can be responsible for deterioration in various areas. Due to the complexity of the process of cavitation erosion, the mechanism behind this action is not yet completely understood.
The risk of erosion of propellers, rudders or appendages is determined mainly by experiment. In the experiments, the erosive effect of the cavitation observed is evaluated and validated by Soft Surface Technique and / or acoustic measurements.
The basis for the erosion tests in the SVA were developed through various R & D projects. In collaboration with the Institute ZWFI “Akademik A.N. Krylov” in Leningrad the Soft Surface Technique was expanded into a method for predicting the erosion intensity [1]. Using this method along with a cavitation generator, parameters of propeller materials (erosion resistance) and erosion coatings were determined. With these values, through experiments, a statement about the risk of erosion and the erosion intensity can be made [2].

In cooperation with the Technical University of Dresden materials were investigated and theoretical methods [3] drawn up to enhance the understanding of the erosion mechanism.

Between 1999 and 2001, with funding from BMBF, the R & D projects “Investigating Layer, Bubble, and Cloud Cavitation and the Associated Erosion Problems” were conducted [4]. During the R & D projects, a new erosion coating was developed and tested in collaboration with the IFL Magdeburg.

Acoustics, which provides another possibility for erosion prediction, is currently being intensively researched as part of the R & D project KONKAV III [5]. Accordingly, erosive cavitation generates different frequency spectra than non-erosive cavitation. On this basis an erosion risk can be detected. The structure borne sound is measured right on the model propeller since the implosion of cavitation bubbles on its surface is responsible for erosion. This kind of erosion detection also offers interesting applications for the real ships on which cavitation monitoring in most cases is very difficult. Based only on the assessment of the frequency spectrum it is possible to determine, without much effort, whether the occurring cavitation is erosive or not. 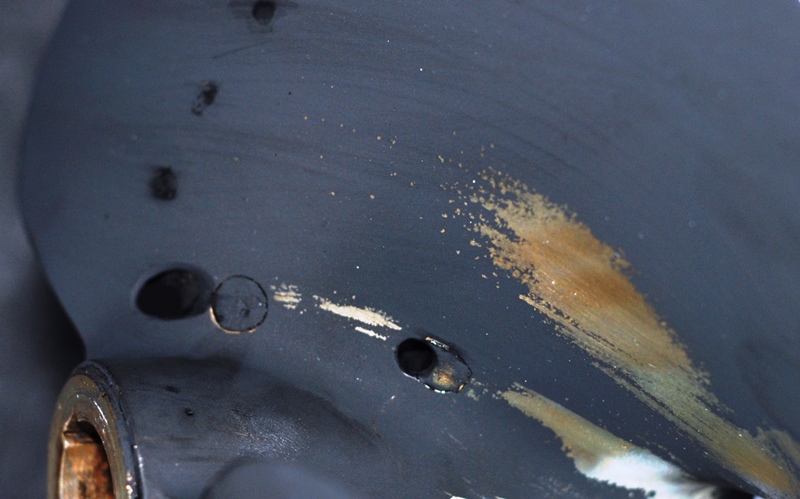