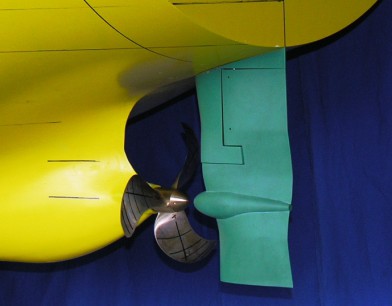 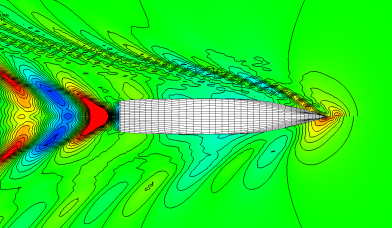 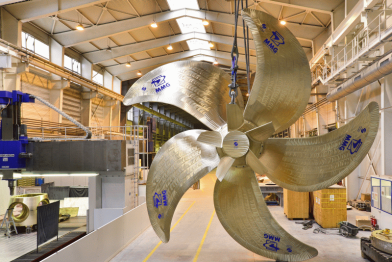 New ships must meet the EEDI or EEOI requirements and existing ships are often redesigned to meet the environmental and economic requirements.

To minimize the cost of fuel, ships are now operated at lower speeds than a few years ago. Whereas with a 5-year-old container ship the Froude number is based on the design speed in a range from 0.21 to 0.25, these ships are now in a Froude number range of about 0.14 to 0.16. The speed reduction alone already results in significant fuel savings. In most cases, however, the bulbous bow is no longer optimal for the new, reduced speed range.

The SVA Potsdam uses the FRIENDSHIP-Framework for bulbous bow optimisations. Structured and unstructured grid topologies are generated for CFD calculations based on the parametrically described geometry. The numerical calculations are performed with the ANSYS CFX program. In a multi-point optimisation, the ship lines are optimised with the required power and uniformity of the wake field as a target function.

For the significantly slower bulk carriers, 4- and 3-bladed propellers are increasingly designed and investigated for both re-design projects as well as for the construction of new vessels. The area ratios of these propellers are in the range of AE/A0 = 0.35 to 0.45. Systematic investigations have shown that the 3-bladed propellers generate marginally higher pressure fluctuation amplitude in the first blade harmonics number. If the 3-bladed propeller is designed with a sufficient skew angle, the pressure fluctuation amplitudes of the higher blade number harmonics are in the range of propellers with a higher number of blades. 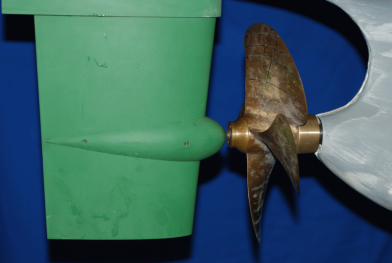 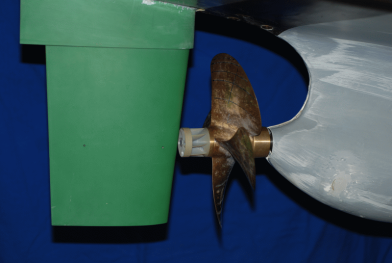 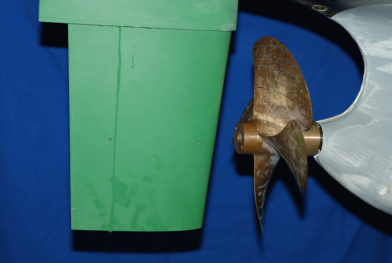 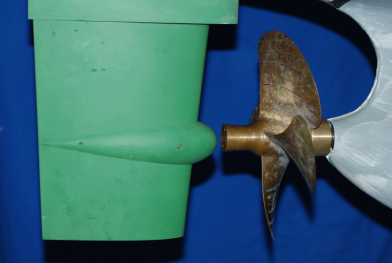 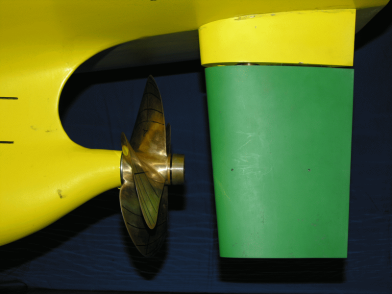 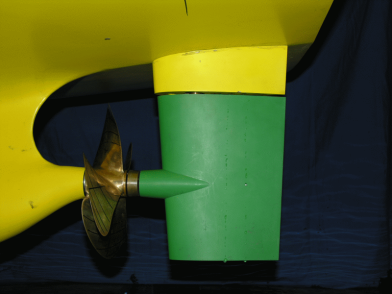 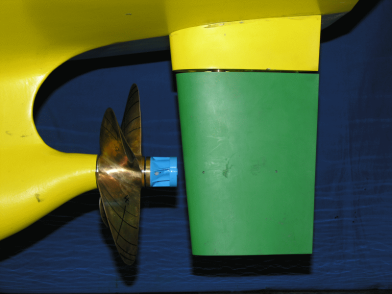